And CME Chairman and CEO Terry Duffy had rewarded Gulbis for helping get what became this level of an event off the ground back when he had her play in a pro-am type of event in 2005, along with some other LPGA players. That was the start of the relationship between Duffy and CME with the LPGA that grew into becoming title sponsor of this event.

“I was getting ready to play in Tampa and Terry called me, and I have loved doing stuff with CME Group,” Gulbis said Wednesday. “We used to do events down here in Naples and in Chicago. I haven’t been quiet in saying that I think it’s incredible what Terry and CME have done in pushing the envelope in women’s golf. I’m a huge fan of that; I really appreciate that, instead of just doing corporate events he turned this into a big event and gave us a first-place million-dollar ($1.1 million) opportunity.

“That is incredible, even this year, the year of COVID.”

The selection of Gulbis, 37, and CME ambassador Sarah Kemp as sponsor invitations resulted in some controversy and some columnists taking the tournament to task for not giving one to Sophia Popov, who came out of nowhere to win the 2020 AIG Women’s British Open and also calls Naples home. 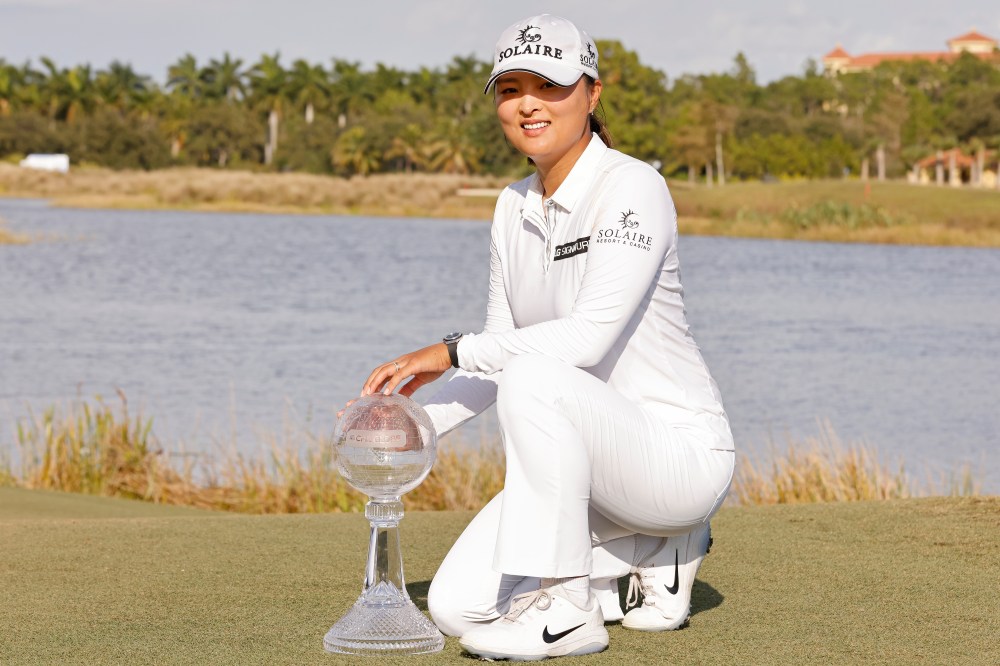 And she would have been in the tournament if her points from winning the British Open had counted in the Race to the CME Globe, but she wasn’t a member of the LPGA then.

Gulbis said she was unaware that Popov was not in the field, but she said she still would have accepted the sponsor invite.

Part of the reason is how she left Tiburón Golf Club the last time. Back in 2013 when the tournament was called the CME LPGA Titleholders, she was leading, but shot an 82 in the final round and tied for 29th.

“I was so excited because the last time I played CME I think was (2013), because that’s the last time I had a yardage book,” Gulbis said. “I was leading or really close to leading and I shot (82) the last day, so I was really, really excited for even the chance to play here.”

Gulbis also said she does plan on playing some in 2021, given the lack of events this season due to the ongoing coronavirus pandemic, and also that there were no fans.

“I didn’t really seem like this is how I wanted it to be my last season,” she said. “I would love to be able to play some West Coast events. So yes, I will play next year.”

But Gulbis is more focused on this opportunity.

“I’m really excited to get the opportunity to play this week, so that’s all I’ve been thinking about,” she said. “I haven’t even thought of Christmas.

“I try to just keep my head down and focus on what I need to do. Because it is a lot of extra excitement and want to do well when you’re sponsor’s invite. I didn’t know if I’d get to play this event again.”

With LPGA year-end awards on the table at CME, Inbee Park sums up the opportunity: ‘This year has been a gift’

Forward press podcast: Scott Stallings on his time with COVID-19, his health and more