Yearning for a vacation? The destination: Nowhere 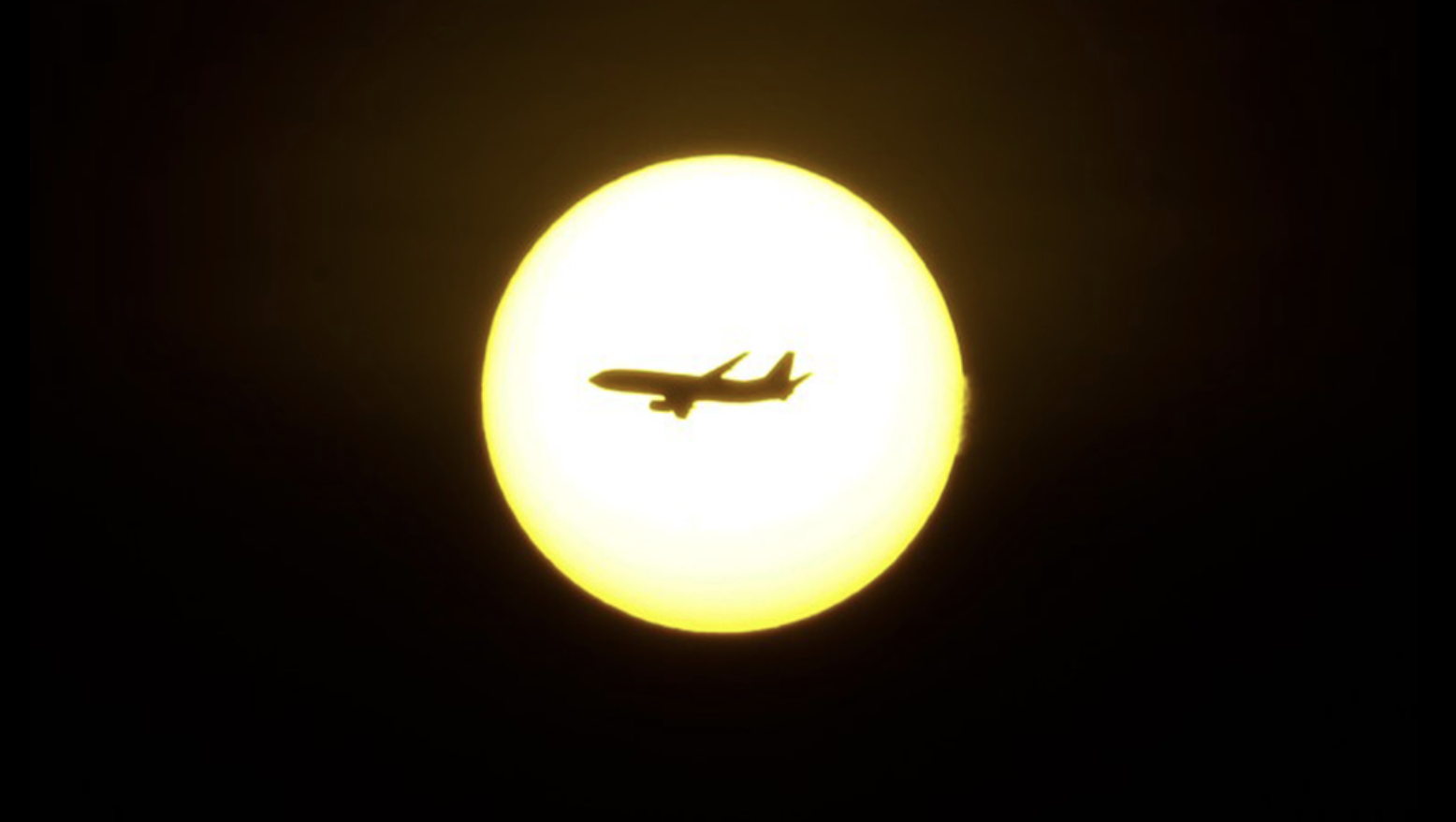 “I’ll definitely give it a try since I’m in desperate need of some refreshment from coronavirus restrictions and working overtime every day,” Ben Peng, a Beijing-based software developer, said of a “flycation” tour his friend from Hong Kong had bought a few days ago.

Hong Kong Airlines announced late last week a special Embrace “Home” Kong flight that will take off, encircle the skies at a low altitude and then return to the same airport. The 90-minute voyage, set to depart on October 24, will offer travel-starved people a chance to enjoy the sunset in addition to a bird’s eye view of the city. It’s not going anywhere, but its tickets were sold out within half an hour.

“Flycation” – a combination of “fly” and “vacation” – has quickly become a buzzword amid the unfolding coronavirus pandemic as second and third waves of infections indefinitely grounding the travel plans of many. Hong Kong Airlines is only the latest to join the no-destination bandwagon. Another airline, Hong Kong Express, said last month it would launch three short-haul flights to nowhere in November. In August, 309 Taiwan passengers already had this alternative travel experience on a Hello Kitty-themed A330 Dream jet from EVA Air – one of the region’s biggest carriers.

Across the pond, some 140 Australians “toured” iconic landmarks, including the Uluru-Kata Tjuta National Park, the Great Barrier Reef and the Sydney Harbor, during a seven-hour round trip on a Qantas “flight to nowhere” earlier this month. Tickets were snapped up in fewer than 10 minutes once they went on sale on September. “It’s probably the fastest-selling flight in Qantas history,” a spokesperson for the airline said. Such flights hosted by airlines from Japan and Brunei were all fully seated. 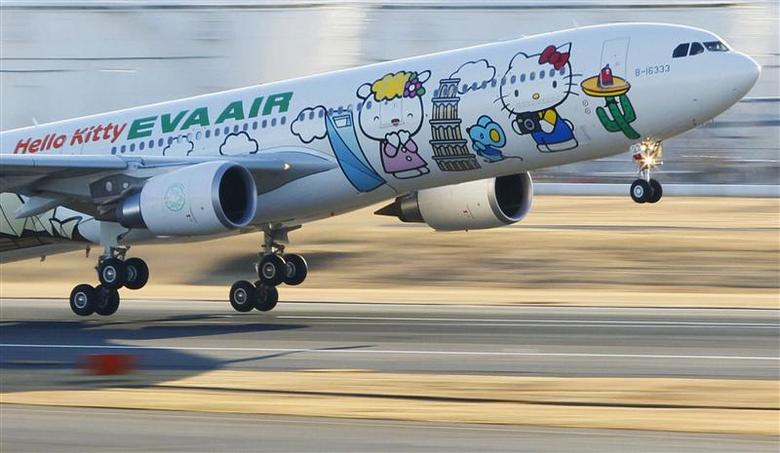 As the pandemic drags on, frequent flyers and die-hard travelers can’t wait to check in, go through security and hop on a plane to nowhere even though they have to wear masks and observe social distancing rules. For many, the sole experience on a flight contributes to the nostalgia for pre-pandemic normalcy. Apart from non-stop round flights featuring sightseeing and Michelin-star dining, airlines have also launched mixed services ranging from “staycation,” shopping at a duty-free store to island-hopping on a cruise jaunt.

While scratching people’s insatiable travel itch, “flycation” offers a way to tide the nearly decimated airline industry over the pandemic. According to the International Air Transport Association (IATA), global airlines stand to lose $84.3 billion this year, nearly triple the loss in 2008 and 2009 over the global financial crisis coupled with an oil price hike. Sluggishly recovering air travel in the past couple of months can hardly help the industry get through this unprecedented public health crisis. The IATA projects the sector will continue burning through cash at an average rate of $5 to $6 billion per month in 2021, as for the moment it’s largely relying on delivering air cargo, which has been dwindling.

The depression is putting 46 million jobs at risk, reveals the Air Transport Action Group in a recent report. Among them, around 4.8 million employees of airlines and airports could lose their jobs, while over half of 87.7 million people engaged in aviation- and travel-related arenas will be affected. A global economic recession has further darkened the prospects of this colossal industry. The IATA predicts that the air traffic may not recover to pre-pandemic levels until 2024. 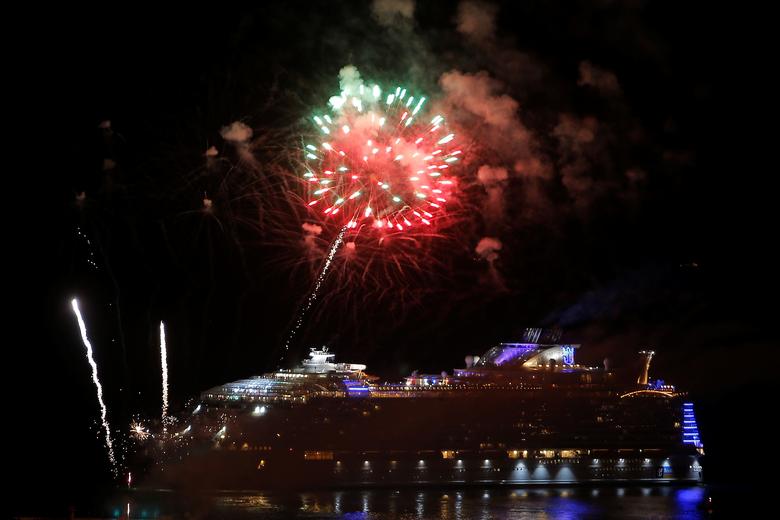 Fireworks light up the night sky over the world’s largest cruise ship, the 362-meter-long Symphony of the Seas of Royal Caribbean Cruises. /Reuters

Fireworks light up the night sky over the world’s largest cruise ship, the 362-meter-long Symphony of the Seas of Royal Caribbean Cruises. /Reuters

Also taking a beating from the pandemic, cruise ships are joining the faux travel market. Genting Cruise Lines, the first international cruise company that resumed services in Asia, announced it will operate two- and three-night cruises to nowhere in November, which it styles as “seacation.”

Starting February and March, most cruise lines have suspended operations given wide stay-at-home orders and in particular the massive outbreak of coronavirus on the Diamond Princess. For a time, windowless cruise cabins were described as the breeding ground for the stealthy virus.

Worldwide, some 300 luxury cruise ships sit idle in harbors, while many others, including the oldest ship of cruise giant Carnival, have been put up for auction. In September, the world’s biggest cruise operator reported a quarterly loss of $3 billion. It seems COVID-19 is ending the prolonged golden era of cruise vacation by dealing a crippling blow to the industry and other sectors on the supply chain. Norwegian Cruise Line – one of Carnival’s major rivals – warned of a slide into bankruptcy while Royal Caribbean is losing $250 to $290 million per month to maintenance and administration expenses. 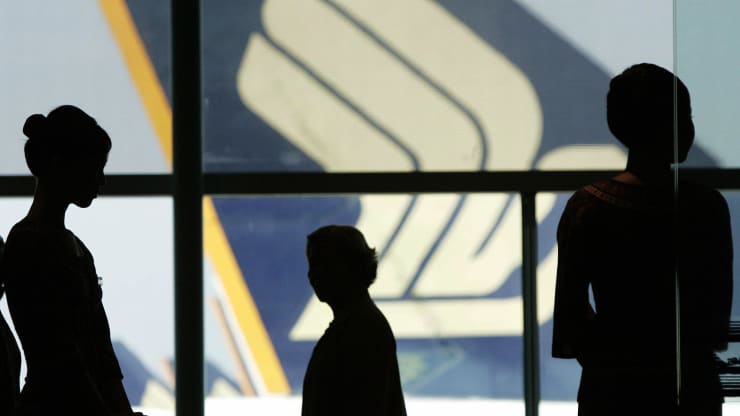 Most of Singapore’s 5.7 million residents have been unable to travel since Singapore shut its borders in late March, 2020. /Reuters

Most of Singapore’s 5.7 million residents have been unable to travel since Singapore shut its borders in late March, 2020. /Reuters

However, though airlines and cruise vacation companies are trying to keep their industries afloat with these services, their initiatives have stirred controversy on social media. Environmentalists argue that these offerings fuel climate change by encouraging people to take carbon-intensive travel without good reason.

Greta Thunberg, a teenage environmental activist from Sweden, is leading a change in flying habits with the concept of “flygskam” or “flight shame” gaining popularity.

Cruise ships, alike, discharge sewage, hazardous wastes, bilge water and a variety of other waste streams into the sea, in addition to air pollutants into the atmosphere. An average cruise ship emits more sulfur and other air pollutants than several million cars. Ships often use heavy fuel oil that contains “3,500 times more sulfur than diesel that is used for land traffic vehicles,” said Daniel Rieger, a transport policy officer with Berlin-based Nature and Biodiversity Conservation Union.

Under pressure, Singapore Airlines ditched its idea to launch “flights to nowhere” though it has laid off some 20 percent of its workforce and 73 percent of respondents expressed willingness to pay for the service.

For some, these flights offer a physical and mental escape for those who yearn to break away from the monotony of routine amid worldwide COVID-19 restrictions, which has no immediate end in sight.

Are you in favor of flying or sailing to nowhere? Or are you more concerned about how they will affect the climate? Let us know what you think by writing to us at [email protected]